Archives for My Life on Planet Church

Breaking the Rules on Sunday Morning: A Soul Set Free

My tasks are lighter and accomplished with more grace and laughter when I listen to an audio book. But today I’m not laughing. I’m listening and re-listening to the same passage because it’s scrubbing my soul as I’m scouring my tub. 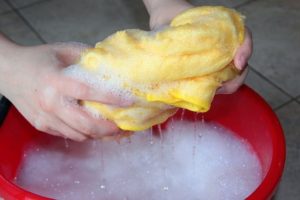 I grab and suds the sponge again, press, press, pressing with a fervor over every inch of the soiled surfaces, up the sides of the shower walls, in the crevices, repeat, as I listen yet again to the story of the invalid lying helpless on the ground at the pool of Bethesda in Jerusalem in John chapter 5. I’ve read it almost as many times as I’ve cleaned this tired ole tub and yet, I hear it this time for the first time, fresh.

I relate to this poor, broken, lame guy lying helpless and humiliated on the ground for 38 long years, trying to find a way to be fixed, to walk, to leap, to run absolutely free for EVER. And all the other worn out, over-taxed, underpaid imperfect sad souls who long to be free of his or her encumbrances, dark thoughts and regrets, mistakes, bad moves, oblivious moves call them what you like they just sort of linger and throb as they multiply over time. That marriage, that divorce, that wayward child, that business deal gone wrong, that purchase, that bill, that bankruptcy, that relational breakdown, that hashtag fail.
Sigh.
All the drinks he’s poured which filled the void for a moment but didn’t quench his real thirst. All the tries that hit that cold hard wall of life. Sigh. I feel his pain at this particular moment in time.

And I ponder my own weaknesses and needs and brokenness and long to be fixed, too. Don’t we all, in the dark of night, staring at the ceiling, asking God, try try trying so hard but seemingly stuck, sometimes, in ways that torture us? 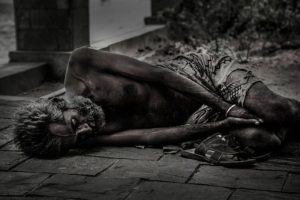 Jesus asks him if he wants to be made well and he doesn’t just give a straight answer, but he endeavors to paint the picture of his sincere attempts to get healed….and his weary spirit speaks for the whole of the human race.

“I HAVE DONE ALL I CAN DO AND IT’S NOT WORKING. Do I want to be healed? Hell, yes, I want to be healed and where have YOU been hiding through all my pain, my humiliations, my poverty, my struggle????? You are omniscient omnipresent OMNI EVERYTHING SO WHY ARE YOU ASKING ME SUCH A RIDICULOUS QUESTION???? S.O.S. like times a million, is that enough to convince you? YES! YES! YES! today would be a nice day for it. I’m IN!”

Squeeze, suds, scrub scrub scrub….sometimes we can’t get the surface clean enough or is it just therapeutic repetition?! Rinse, polish. Sigh. Glistening. Welcoming the next patron at the Mira B & B.

I move on to the floor, sweeping and washing, on hands and kneepads, pondering how so much of life is quiet, humble, low, exhausting toil for the joy set before us. And when I exit, admiring my beautifully rolled TJ Maxx fingertip cloths and freshly laundered towels and rugs, I smile inside with a sense of accomplishment and happiness. 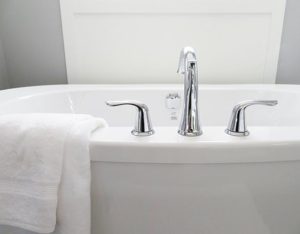 And it was a Sabbath that day and Jesus wasn’t supposed to be working on the Sabbath but he healed him anyway, told him to pick up and carry his mat and “go” and he took crap for it because he broke the religious rules yet again, one more reason I love Him…and as I clean on this Sunday morning at 7:30 a.m. when all my adult life since the age of 17 on pretty much every Sunday morning of my existence I would normally be planning and prepping and primping for church meetings, lists of responsibilities in hand, nursery workers phoned, corralling my five sons into the van to get the buildings unlocked early and tidied for the crowd about to converge…

But on this modern ‘Sabbath Day’ instead of preparing communion trays for crowds, I’m breaking the rules and communing with Him, alone, as I prepare for one special guest so dear to my heart to arrive; instead of washing feet at an altar in a building called ‘church,’ I’m washing toilets and sinks and sheets and in my heart I know it is every bit as holy as my former Sunday morning activities.

I’ve heard his voice and I pick up my mat and I go, changed yet again, more whole and more free.

Thank you for reading, I’m truly honored. If you’d like to be notified of new articles and free exclusive offers for my subscribers, please join me HERE 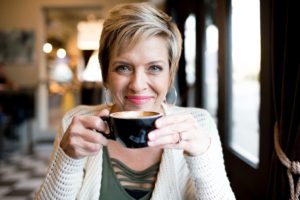