Listen to Your Mother. You Just Might Win an Oscar.

With all the Hoopla of the Academy Awards buzzing on social media over the weekend, I was reminded of my favorite year’s telecast so far, the 2011 Oscar presentations, and the film that dominated that year. I think you might enjoy the back story…

Tom Hooper’s mother had been invited to attend the reading of a play with some friends. She really didn’t want to go, as it didn’t sound like a very exciting way to spend an evening. However, it turned out to be a date with destiny.

Once she got home from the event, she phoned her director-son, Tom.

“Tom, I think I’ve found your next film.”

The title of the reading she attended? The King’s Speech.

This poignant account of the friendship between a distressed king and his loyal advisor, brought to life on the big screen by ‘Hooper and Co.’ has impacted and will continue to impact an inestimable number of individuals across the globe, bringing accolades and financial increase to its vast team of collaborators.

And all because a Momma picked up the phone to call her boy.

Upon accepting his award, as an audience of 37.6 million looked on, Tom Hooper shared the story of his mother’s providential evening out with friends. And as she sat in the audience at the Kodak Theater that Sunday night, beaming proudly, he directed these comments to her:

“With this tonight I honor you, and the moral of the story is: Listen to your mother.”

The Power of a Mother’s Voice.

A mother. The unsuspecting catalyst whose years of investment, loving thoughts, and initiative precipitated an unimaginable chain of events.

Wow. More fuel on my fire of conviction that a child’s potential has no bounds if we DARE to believe for them and with them!

I always sort of thought that kids wouldn’t need their parents much after around age 18 – but now I know that’s not true; intentional parenting never loses its value whatever the season, and the benefits of such an engaged Dad or Mom just continue to multiply for everyone involved. Never lose sight of the importance of YOU, Mom, Dad, Step-parent, foster parent, adoptive parent, aunt, uncle, grandparent….

I think it’s time to pull The King’s Speech out again for movie night. If you’ve never seen it, I highly recommend it, not only for its entertaining value, but for the rich historical insight it unwraps. If you love it, check out the new Netflix mini-series called, The Crown. It’s really well done and well-casted, brings to life so much history, and is terribly engaging as well.

Thank you for reading! Want more?? Grab my FREE gift: 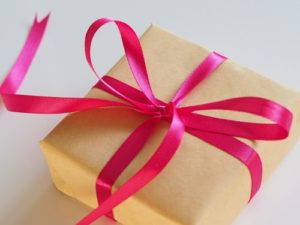