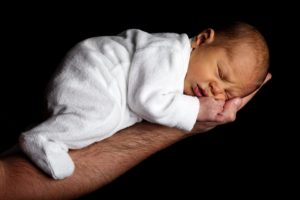 Click on this precious pic for facts and figures on the history of Roe vs. Wade.

Yesterday marked the 43rd March for Life in our nation’s capital, when multitudes of passionate people gather to peacefully show their support for the unborn as they proclaim their belief in the sanctity of life and oppose the practice of abortion. Our newly-elected Vice President, Mike Pence, addressed the crowd. Pence was the first Vice President or President ever to speak at the March for Life.

The picture I posted above of my unborn and infant grandchildren, clearly speaks my heart on this issue. Life is an undeniable gift from God. An unspeakable joy. A priceless miracle. Multiplied millions of people across the earth long for a child to love and nurture, as infertility seems to be widespread in our day.

Although I read about crowds of women who shout their support for their right to have an abortion, I don’t see women lining up to tell you their happy story of the abortions they’ve already had, nor have I personally met one single woman who had an abortion and were glad they did; the ones I’ve heard from count their abortion as a huge regret and continue to suffer a myriad of painful ramifications both physical, emotional and spiritual.

Also, with abortion being the biggest killer of African Americans in this nation, I keep wondering if the same people supporting Black Lives Matter also support the overturn of Roe vs. Wade? And if women’s rights are the priority of feminists across the nation, are not the rights of unborn women also a priority? When you consider that almost 60 million abortions have taken place since Roe vs. Wade in 1973 (ponder that number for a moment) and estimating that around 50% of those abortions annihilated 30 million American females, is that not a crime of epic proportions against women?

I’m no expert on this theory, but sometimes I wonder if a good portion of the women out there shouting for their ‘reproductive rights’ are simply trying to drown out their inner voice of regret, or mask their pain, re-framing their unthinkable experience as their stubborn right and hoping others join them in their misery, helping to rationalize the choice they so very much regret. I don’t look down upon women who have had an abortion; I feel great empathy for them. I grieve for our nation’s loss these past 44 years and I pray this holocaust against innocent life in the United States of America will cease.